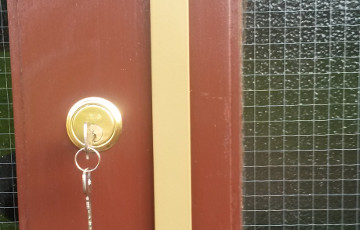 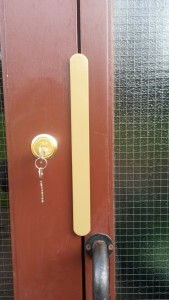 Anti-thrust plates are a simple and effective security addition fixed on to the edge of a door.

On outward-opening doors it is often possible to see the latch – if the latch can be seen it can be easy to get a tool into the gap and flick the latch to the open position so unlocking the door. Fitting the edge-fix anti thrust plate, also knowns as a latch protector plate, prevents access to the latch so keeping the door secure. The plate is fixed to the door and so the door can still be unlocked with the key and pulled open. The plate can also be used to protect the bolt of a mortice deadlock.